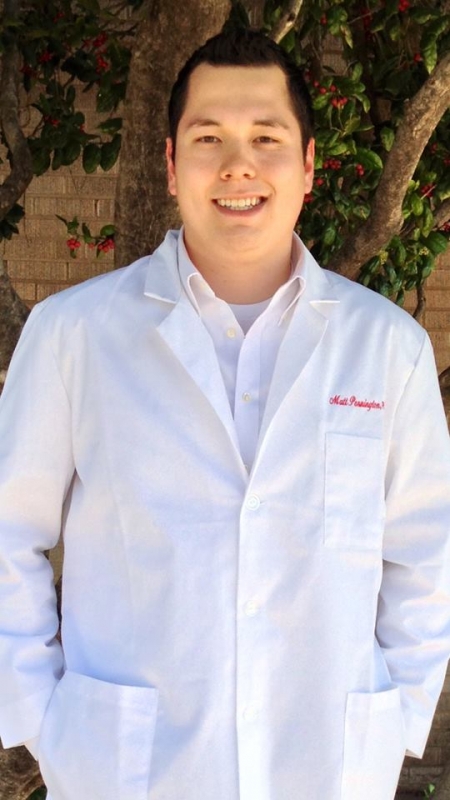 After graduation from Eula High School in 2007 as the valedictorian, Matt studied Pre-Pharmacy/Biochemistry at Angelo State University from August 2007 to May 2009. He then got accepted into the Texas Tech University Health Sciences Center School of Pharmacy and graduated with his Doctorate in Pharmacy in May 2013. Matt enjoyed being involved in several organizations in school, and even received the Mylan Excellence in Pharmacy Award in 2013 upon graduation.

Currently, he is an active board member for the West Texas Pharmacy Association and alumni for the Phi Delta Chi Gamma Eta Chapter professional pharmacy fraternity. He is certified to do non-sterile compounding by the PCCA Comprehensive Compounding Course and sterile compounding by the Texas Tech University Health Sciences Center School of Pharmacy. On top of these certifications, Matt is an ACPE accredited immunizer and licensed preceptor by the Texas State Board of Pharmacy.

He started working at James McCoy’s drugstore as a graduate intern in May 2013 and began as a full-time pharmacist in June 2013. Matt also does part-time clinical pharmacy work at a local hospital in Abilene. During his free time, he enjoys playing the guitar, traveling, kayaking, and spending time with friends, family, and his fiancé Hannah.