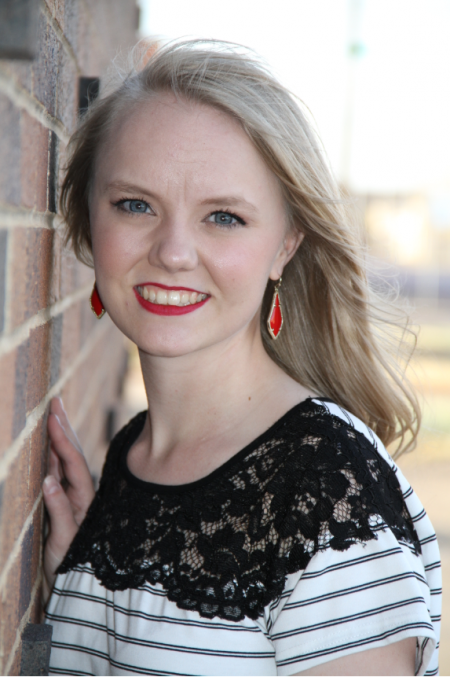 "Kimberly grew up in a small town northwest of Lubbock called Whitharral. With her father being a cotton farmer and her mother being a teacher, you could say she grew up in a "classic west Texas" household. She and her three older siblings were heavily involved in 4-H, FFA, academic competitions, and sports through Whitharral ISD. Kimberly graduated from Whitharral in 2014 with her 8 classmates...so she knows what small town community is like. After high school, Kimberly went to Texas Tech University and earned a Bachelors of Science in Biochemistry with Honors. Her mother had always wanted one of her four children to become a pharmacist, and well...she was the last chance. Of course, like most teenagers that know everything, Kimberly didn't listen. Upon starting her undergraduate journey, Kimberly planned to become a physical therapist. It wasn't until after a summer of shadowing a sports therapist, laboratory research in chemical engineering, and a period of extreme uncertainty that she applied for a job as a pharmacy technician. After falling in love with the pharmacy setting, Kimberly agreed that "mom knows best". She then applied and got accepted to the Texas Tech University Health Sciences Center School of Pharmacy and began in fall of 2018. During her first year, Kimberly was invited to attend the WTPA conference in San Angelo and went to see what it was all about. It felt like coming home. The community in this organization is so strong and caring, and Kimberly was hooked.

In her spare time, Kimberly enjoys having dance parties with her nieces and nephews, hiking, and the occasional game of Tripoley with her parents. While the settings have changed over the years, community has always been what calls Kimberly back home. The love of people and relationships is at the core of West Texas life, and what better place to engage in that than in a pharmacy."